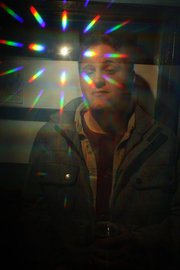 Adrian Rowe aka The Googly is the music project of Bremerton producer and DJ Adrian Rowe. Originally from Virginia where a dearth of cultural pursuits encouraged him to create his own, The Googly had to figure things out for himself, which helped to him develop his sound. Now residing just outside of Seattle, The Googly spends his time melding rich waves of distortion with soaring melody to create a unique and driving sound. With a keen eye toward forward thinking production, elements of glitch, IDM, and shoegaze feed into 4/4 and hip hop beats that drive the dancefloor

Drawing influence from musical artists like David Lynch, Nosaj Thing, Apparat, Squarepusher, Fleetwood Mac, Carl Craig, Plaid, Nathan Fake, and Robag Whume, The Googly collaborates with many local producers and has become a key musical figure in his local music scene. Versatile and open-minded to new styles and sounds, The Googly’s constantly evolving live shows and diverse dj sets continue to keep listeners on their toes wondering what could happen next. 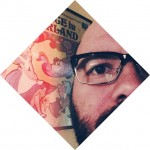