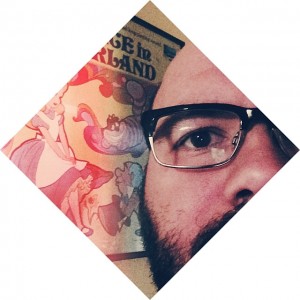 Dr. Strangelove is a veteran of the Jacksonville Florida scene has been an electronic music aficionado for many years. As a teenager he stumbled across the legendary Einstien’s club and was schooled in Indie Rock, Shoegaze, Industrial and Rave all at one time. “I remember walking in Einstein’s and my life changed, My Bloody Valentine, Pixies, Front 242, 808 State, things just were never the same after that.” It wasn’t until his college years where electronic dance music became his obsession and he started Saturn 9 radio. Under the umbrella of a blossoming club scene Doc became enthralled with the many different styles of electronic music being produced at the time and his radio shows reflected the diversity. After college his djing has followed his love affair with electronic currents and emotional curiosity, but never straying far from creating forward motion on the dance floor.

“Back in the day everything that came out was new and exciting, people didn’t care whether it was called techno or trance. Everyone was on a ride and no one knew where we were going. I like to keep that feeling with my mixes, they know there is a conductor but that train is out of control!” Whether it’s minimal techno, diva house, or something completely different, Doc likes to keep the dance floor on it’s toes.

Doc has also been the editor for the electronic magazine jaxlore.com for over ten years. “Electronic music has been a passion of mine since I heard 808 State and Orbital many moons ago, the scenery may have changed but there is still amazing music being made.”

Be sure to catch Doc spread the gospel of strangelove as he brings diversity in dance to the masses and watch for his first release on Ego Killer.